Today’s blog starts in the dentist’s office. I’m in the chair, staring at a flow of intentionally calming waves which texture the ceiling, trying to think happy thoughts when a song comes on.

The piano part grabs my attention. It’s just really good. It’s got all this chromatic (fret-wise) movement that I love.

I was absolutely planning on writing about something else this week, and I might be judging myself a little bit for doing it, but I have to talk about Mariah.

We can breeze past this first part. “Always Be My Baby” uses the Axis of Awesome chords in E. 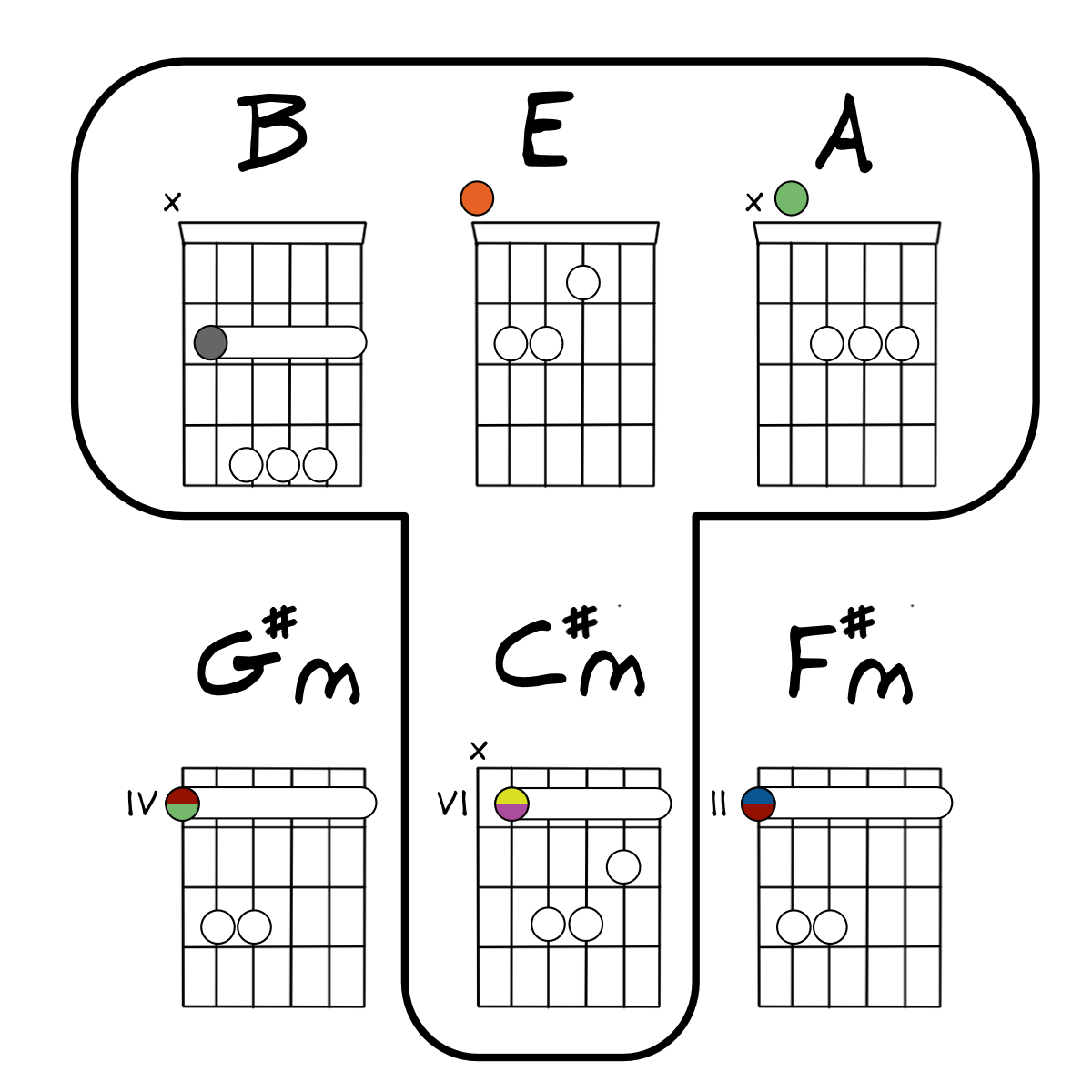 In the final chorus, it changes keys (modulates) to F.  That means all the chords move one fret up, so F Bb Dm Bb C F. 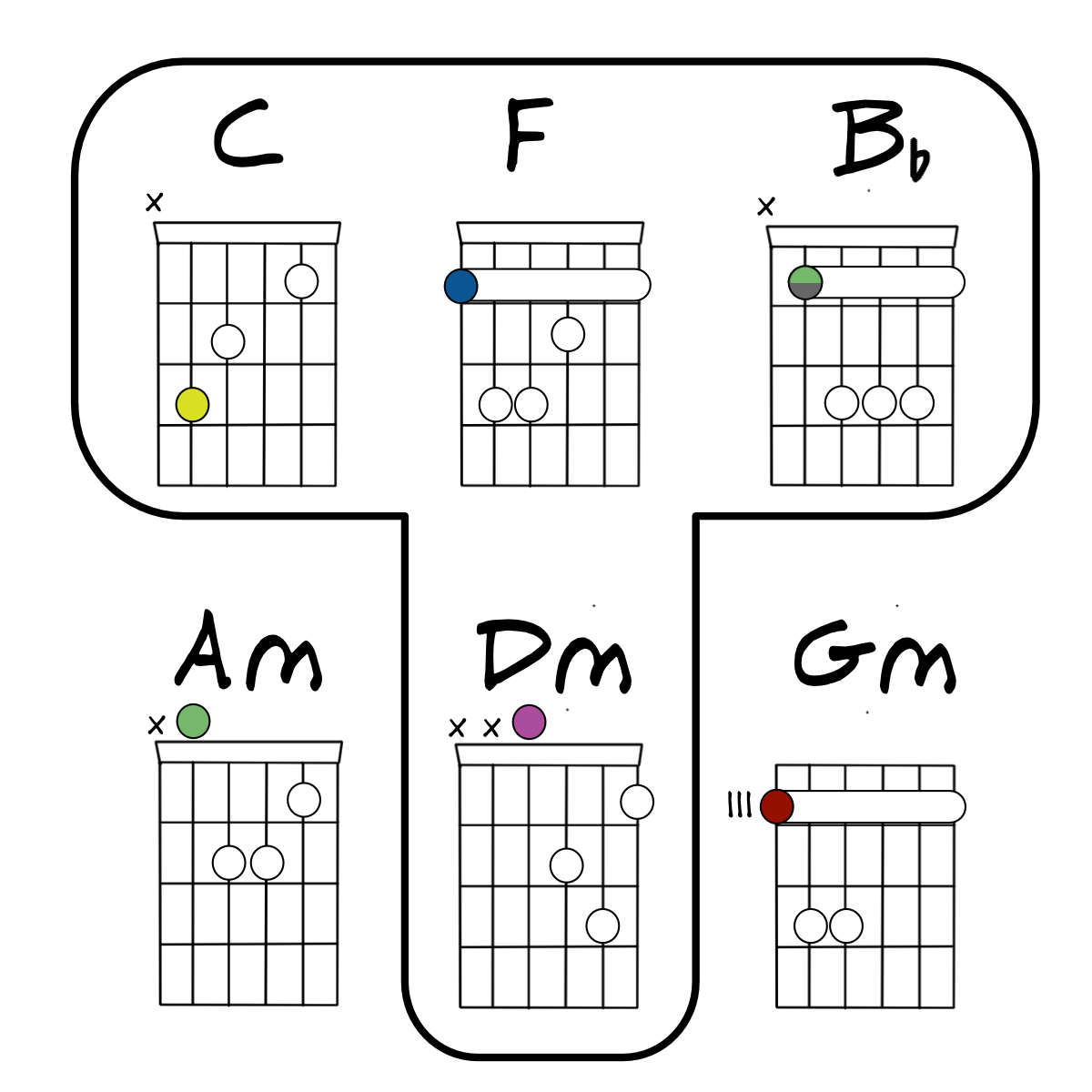 Two things create the sense of anticipation for the Axis of Awesome chords in Always Be my Baby.

Let me show you. If we simplified the first line to just Axis of Awesome chords, it would be E moving to A:

These chords are neighbors in Chord Flow, and they sound great, But we’re going to add a chord and build it from the note one fret below A. That chord is G#m, and we’ll place it one beat before the A chord in the progression.

In the following line, we move from A to C#m. Played without any embellishment, it would look like this:

But we’re going to add a chord built from the note one fret below C# and play it one beat before the chord, like this:

The third line repeats the first line’s progression of E G#m A.

In the final line, the A chord could return to the E.

This time we’re going to anticipate the E chord with its chord flow neighbor on the left side, B major, one beat before the chord.

This chord is still using a note one fret below E though it isn’t as obvious.

Check out this blog, and you’ll find that E’s “leading tone” is built into the B chord.

(This is the diagram from that blog, it shows a B7, but the principle holds).

It’s not as obvious, but it’s there.

It’s also not as tense as a chord built with the leading tone in the bass would be.

That’s almost everything, but the songwriters added just a touch more embellishment to the second line.

Instead of moving from A to Cdim to C#m, they added a B chord before the C diminished.

Adding the B here adds a little variety that keeps our ears engaged with the song.

*Diving a little deeper, what I’m calling the B chord here is an A chord with a B note in the bass (A/B). Calling it a B chord simplifies everything and gets the job done.