What do songs like “Pancho and Lefty” by Townes Van Zandt and “You’re Beautiful” by James Blunt” have in common?

It’s the Axis of Awesome Chords. If you’re a songwriter, these chords are a great foundation. They can help you get a feeling for how chords work and how chords sound in context.

But how do you find them? And why are they so powerful (or at least ubiquitous)?

When Leonard Cohen sings, “It goes like this the “fourth, the fifth, the minor fall and the major lift,” in “Hallelujah,” he’s singing about the Axis of Awesome chords and music theory. In music theory, these chords are known by the numbers “I V vi IV” (One Five Six Four). The numbers come from counting off a chord’s placement within the scale it comes from.

When I started talking about these chords for Chord Flow, I decided to call them the Axis of Awesome Chords after the Australian band that put together “Four Chord Song,” a medley of songs using the chords.

I also did it because Chord Flow arranges the same chords in a cross, and another word for a cross is an axis, and I happen to think this axis of chords is awesome. 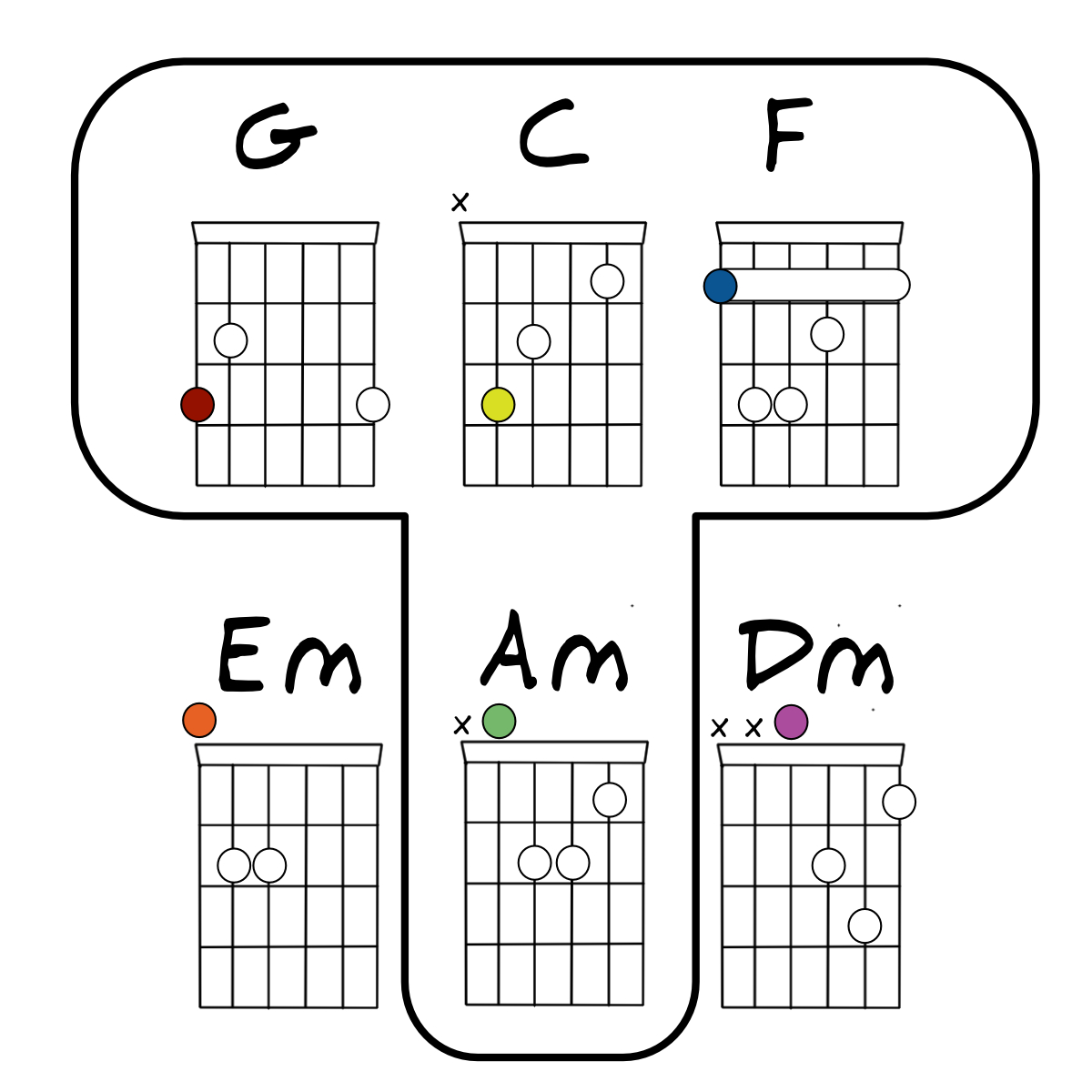 To me, these chords are too valuable to ignore. And besides, you don’t have to write bad songs if you use these chords.

Finding the Axis of Awesome

Here’s a Chord Flow diagram that helps you find the Axis of Awesome chords. (The Skeleton of a Key is a primer on where this comes from).

Pick any three major chords from the top row and the minor chord centered below them, and you’ve found The Axis of Awesome. 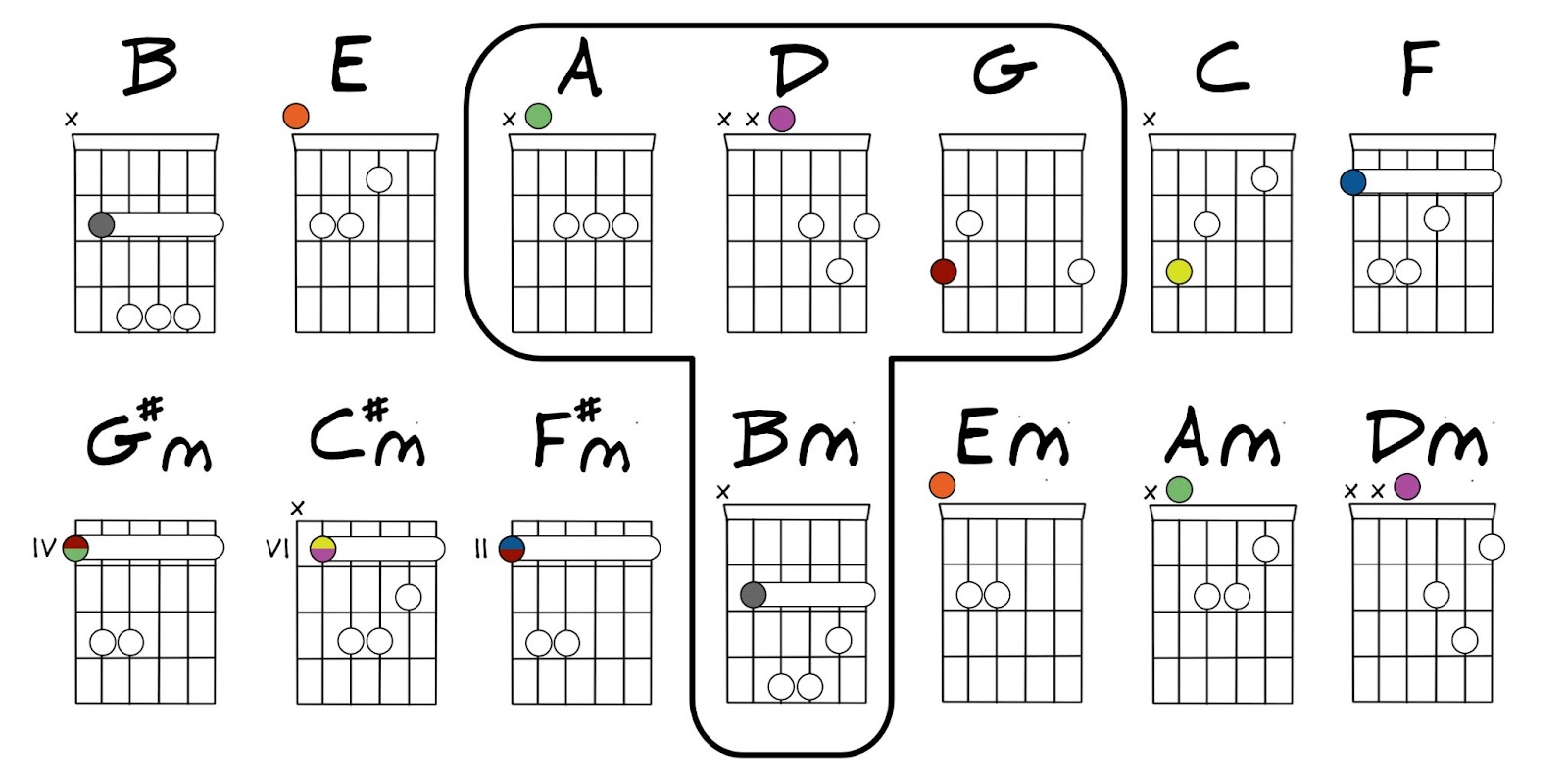 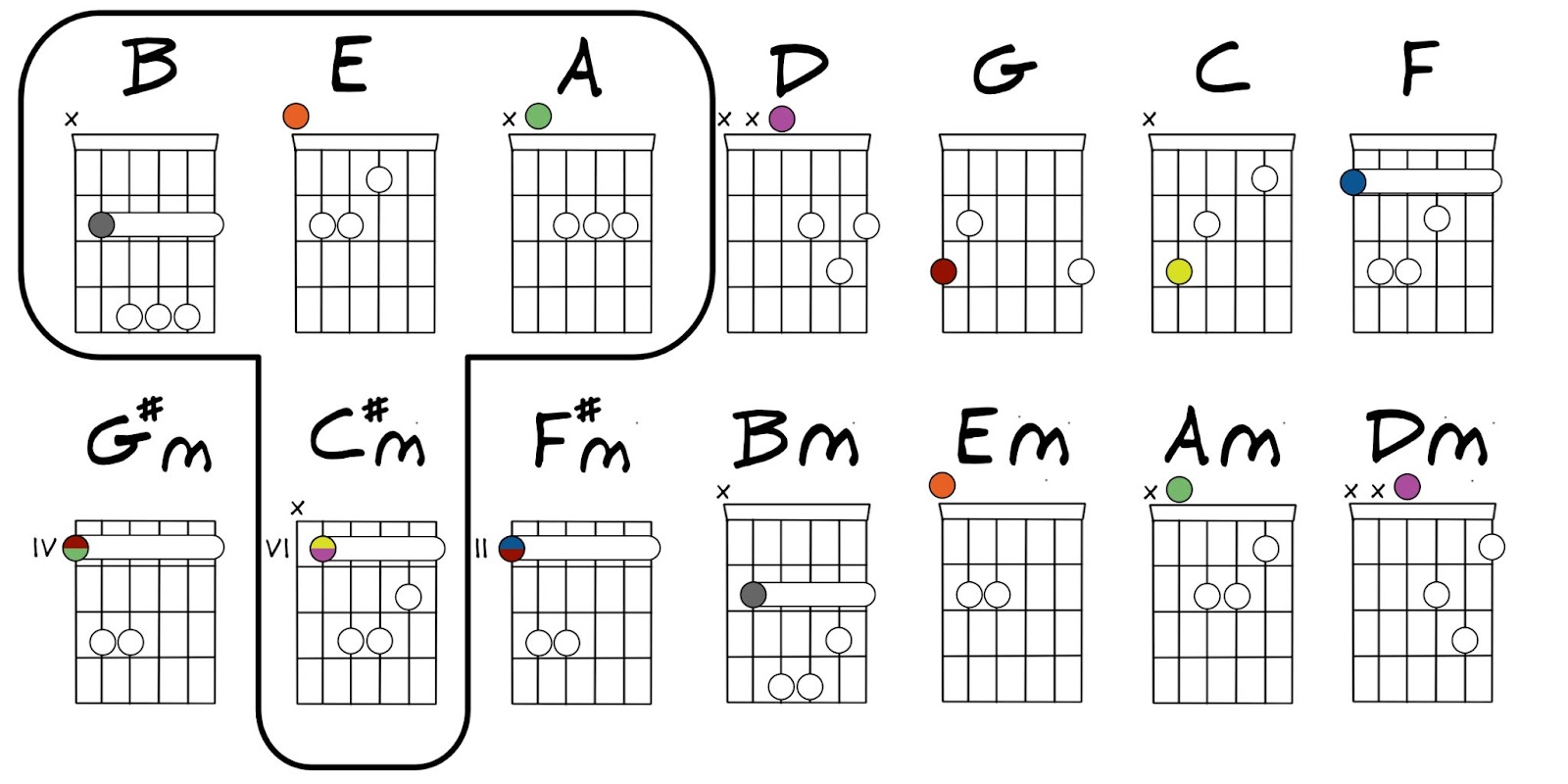 So, what makes the Axis of Awesome so versatile?

The simplest answer is that these chords allow you to play with the sound of major or minor tonality really easily. The most famous arrangement of these chords is I V vi IV, which in the key of C is C G Am F, but you can create a progression with these chords in any order you like.

A progression will feel major if you start with a major chord.

If you start with the minor chord, the progression will feel minor.

It has all the notes (of a major or minor scale)

The three major chords of a scale have all the notes of that scale.

I’ll use the key of C to demonstrate:

You could harmonize most melodies using just these chords. (Fun fact, the three minor chords of a key also contain all the notes of a scale).

Lots of great songs are written with only three chords. They tend to be cheery and upbeat. A kind of alchemy happens when you add a single minor chord to offset all the cheeriness of major chords in a song.

The relative minor of the center chord just happens to be a versatile choice. Then again, you could choose one of the other major chord’s related minors and see how that feels.

Bonus: The Notes Connecting the Chords

This point goes a little deeper into the notes that build these chords. (I think it’s cool to see how closely related some of these chords are). Skip it if you like.

Three of the chords in the Axis of Awesome share two notes in common. The Venn Diagram would look like this.

We don’t have to think about the notes that build chords that much as guitarists. (We get chord charts). That said, learning how “the spelling” of chords connects them to each other can give you insights into ways you might play with those chords and the listeners’ expectations.

You might also notice that one of the chords (the G in the key of C), though it plays well with the others, doesn’t have many notes in common with them.

3 thoughts on “Diving into the Axis of Awesome”