It’s also a great way to begin to listen to the sound of different chord changes. Chords that are next to each other are closely related and sound pretty cheery together. The more distance there is between two chords in Chord Flow, the more dissonant changes will sound.

Dissonance isn’t a bad thing (in the same way that confluence isn’t necessarily good). It all depends on your taste and what feeling you want a song to convey.

To get started, we need a single chord. I’m going to pick D, mainly because it’s right smack in the middle of Chord Flow. 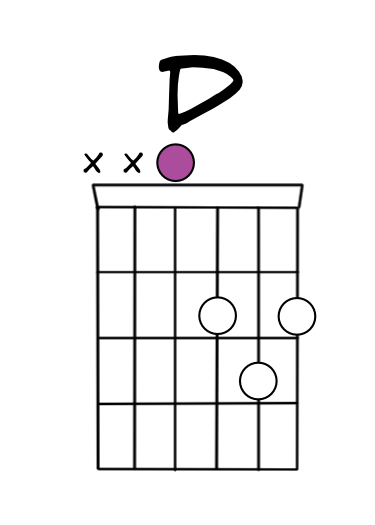 The D chord on its lonesome isn’t relating to anything. In Chord Flow, D has two neighbors, A and G.

Each chord sounds a bit different in relation to the D chord. The chord on the left side feels a little brighter, a little more outgoing. I represented it here with the sun.

The chord on the right side is more comfy and intimate, like a room with dimmed lights. I added a moon as a reminder of that feeling. 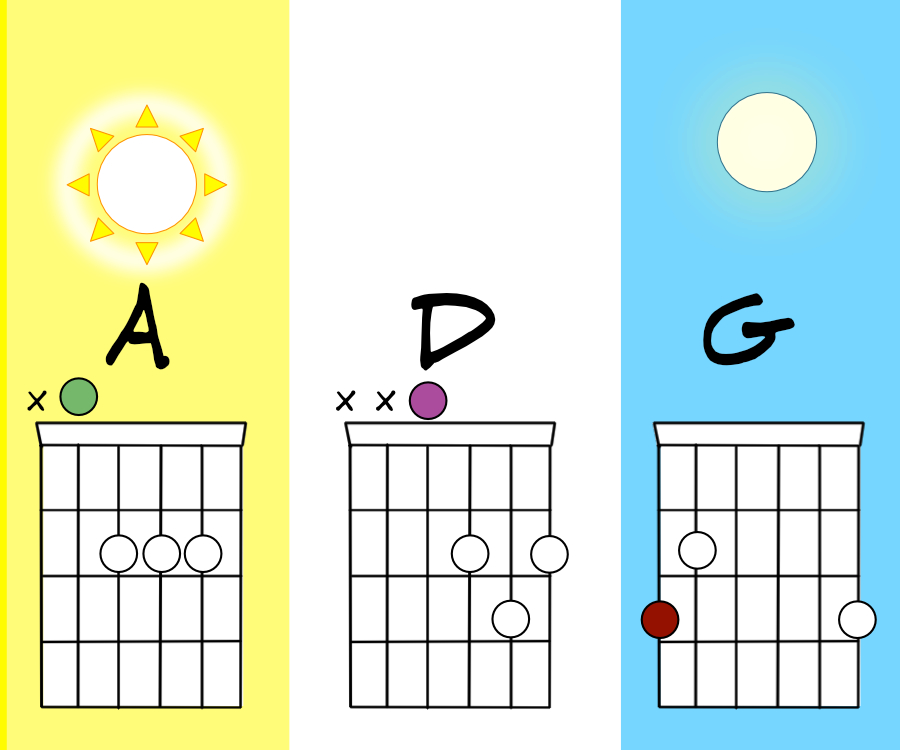 The two chords touching D, A and G, are in D’s key. In chord flow, as you move left from a key center, major chords will feel more bright and more intense in their dissonance. 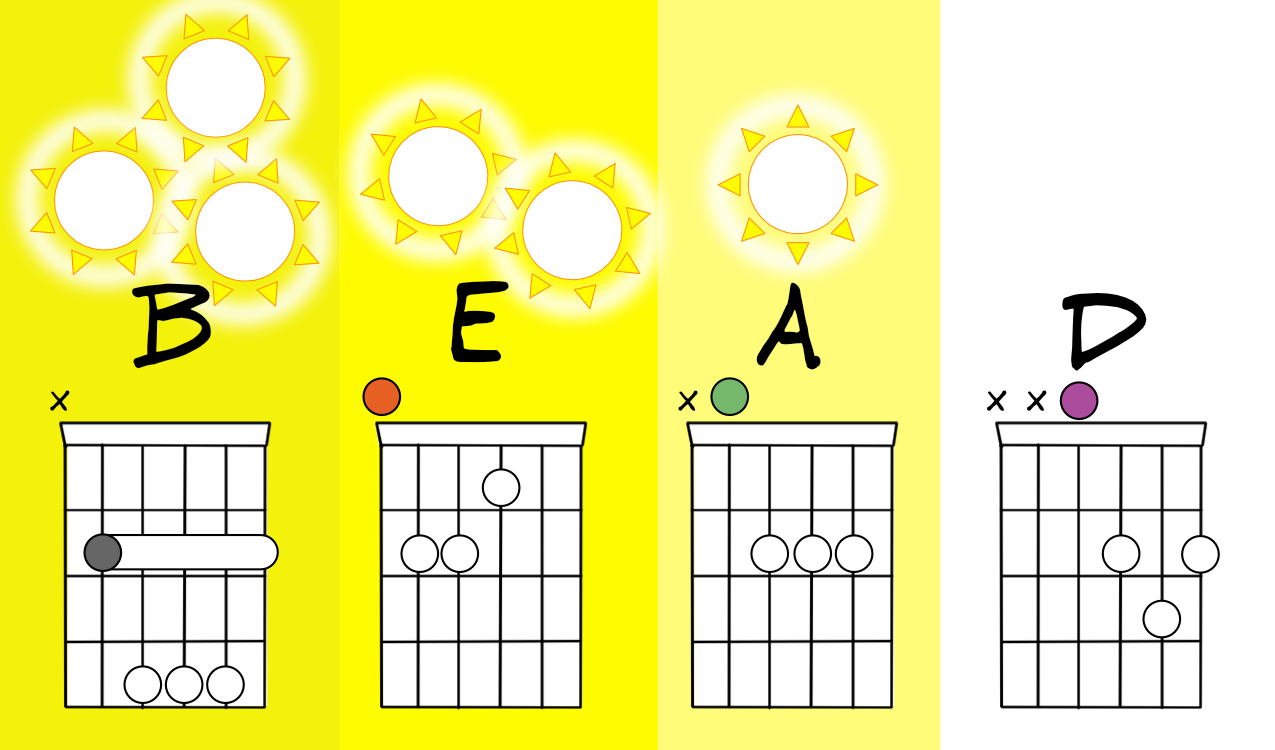 The further to the right you move out of the key, the darker a chord’s dissonance will sound. 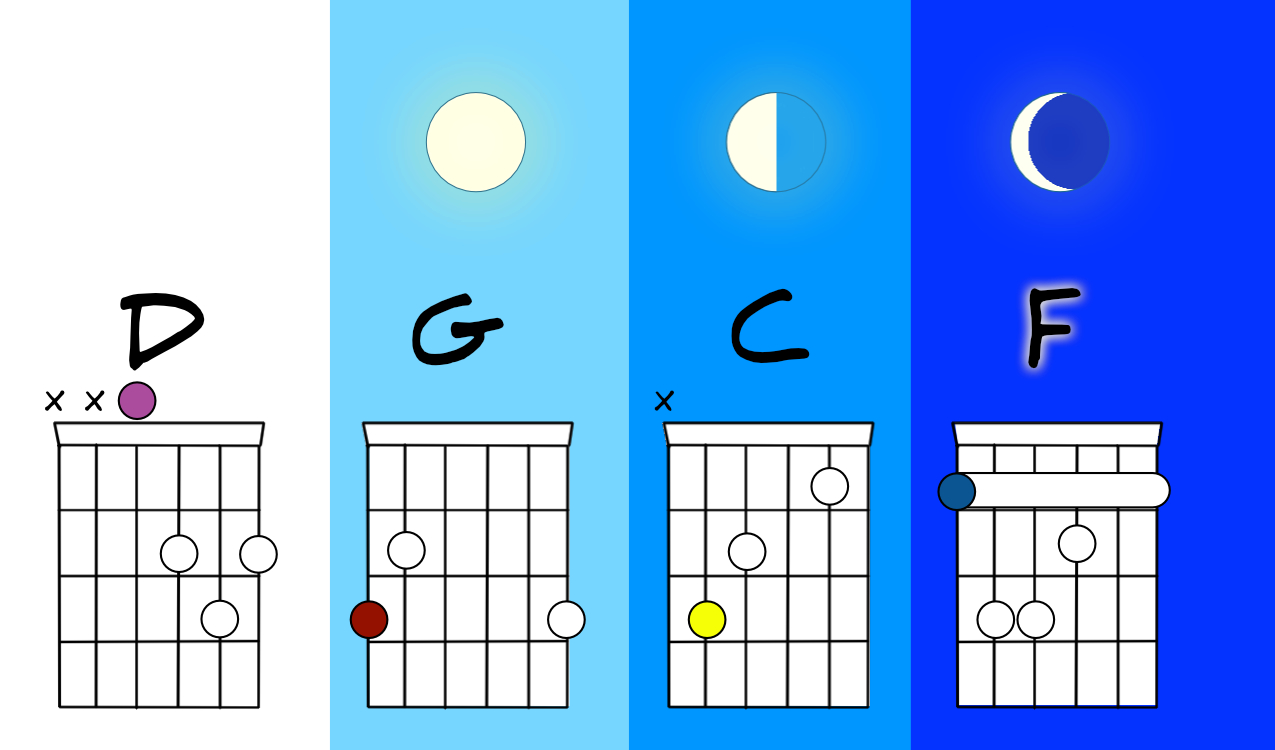 When you string them all together, you can see a whole spectrum:

Lots of songs will only use neighbors in their progressions. That’s a great place to start writing your songs, especially if you want to get a sense of how chords relate. A good songwriter can use three major chords a lot like a card sharp uses three playing cards in a game of three-card monte. They set you up. You’re sure one thing will happen, but you find out it’s something else.

Most songs will start by establishing their neighborhood before going outside it. They’ll go to the right neighbor, the left, then return home. 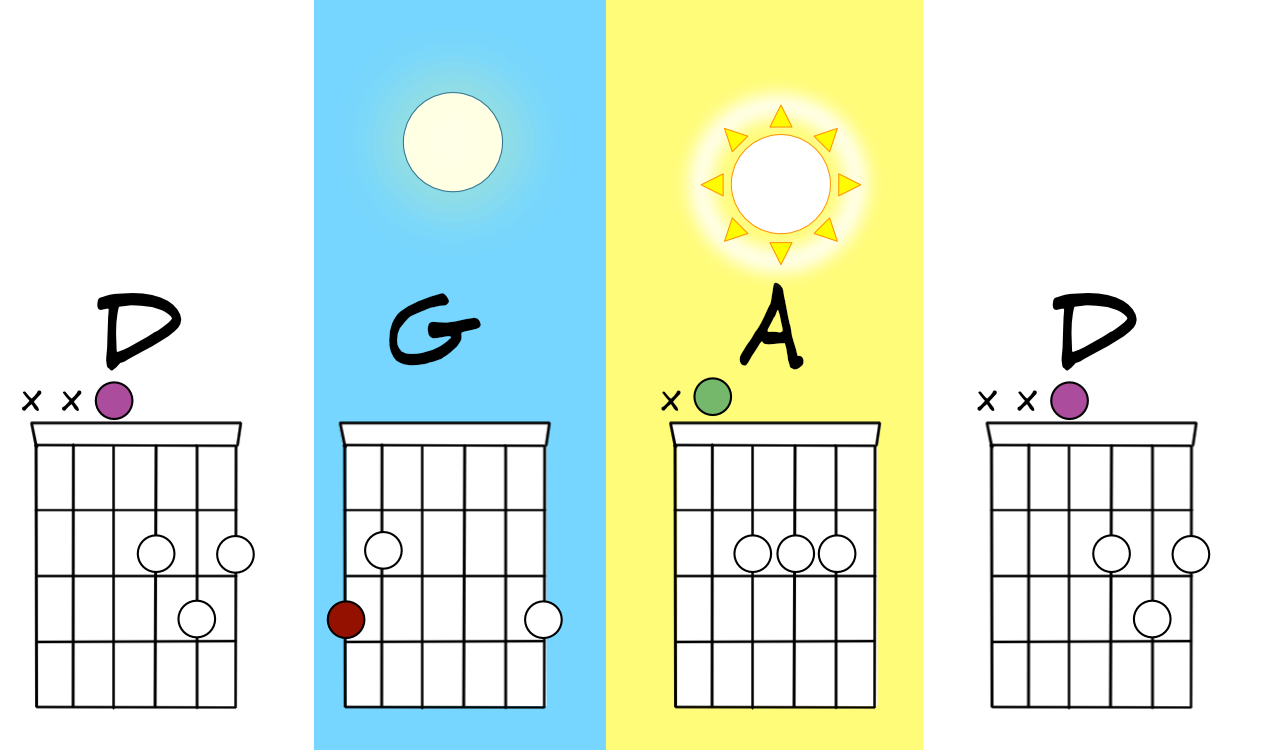 Or they’ll go to the left neighbor, the right, then return home. 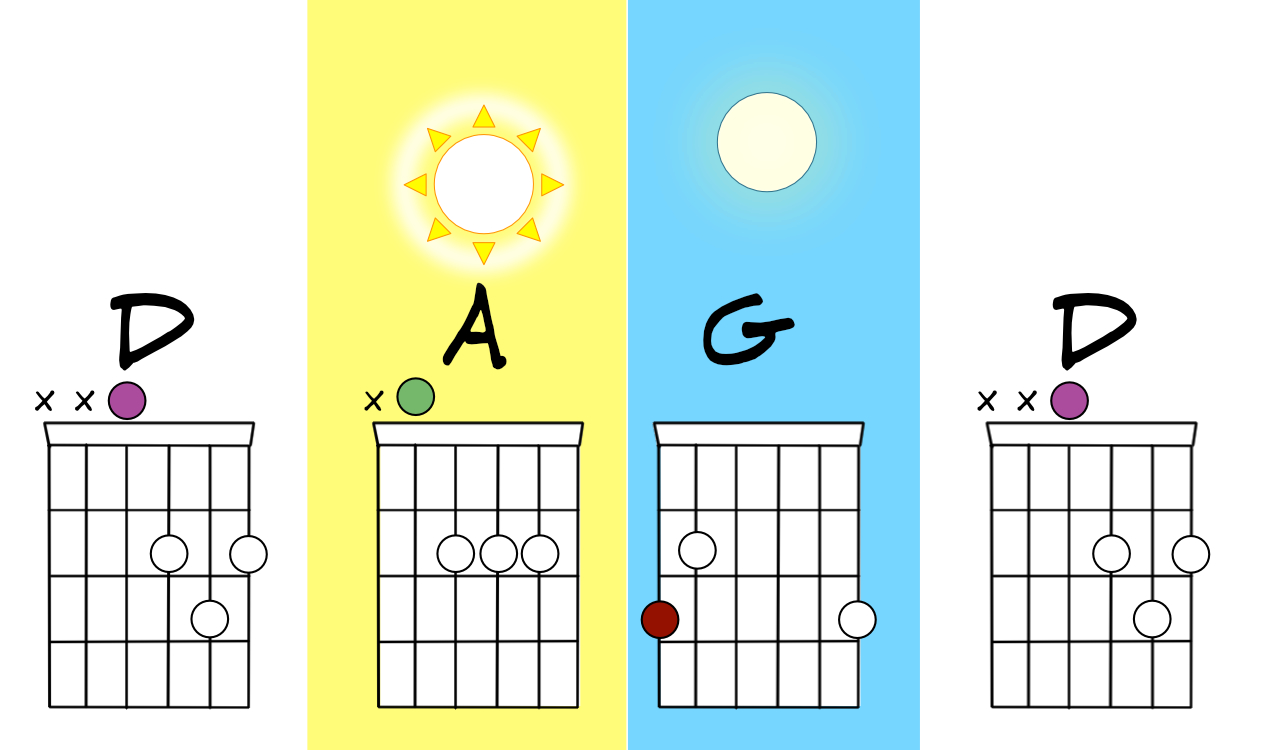 Going to a neighbor of a neighbor is saved for a surprise later in the song. On the other hand, sometimes, moving outside the key immediately is just the sound a song is looking for.

One thought on “Chord Flow, Darkness and Light”