This past Sunday was the first day of a new Fearless Challenge. I usually put the blog on pause during the challenge, but I happened to write this for a group I belong to. 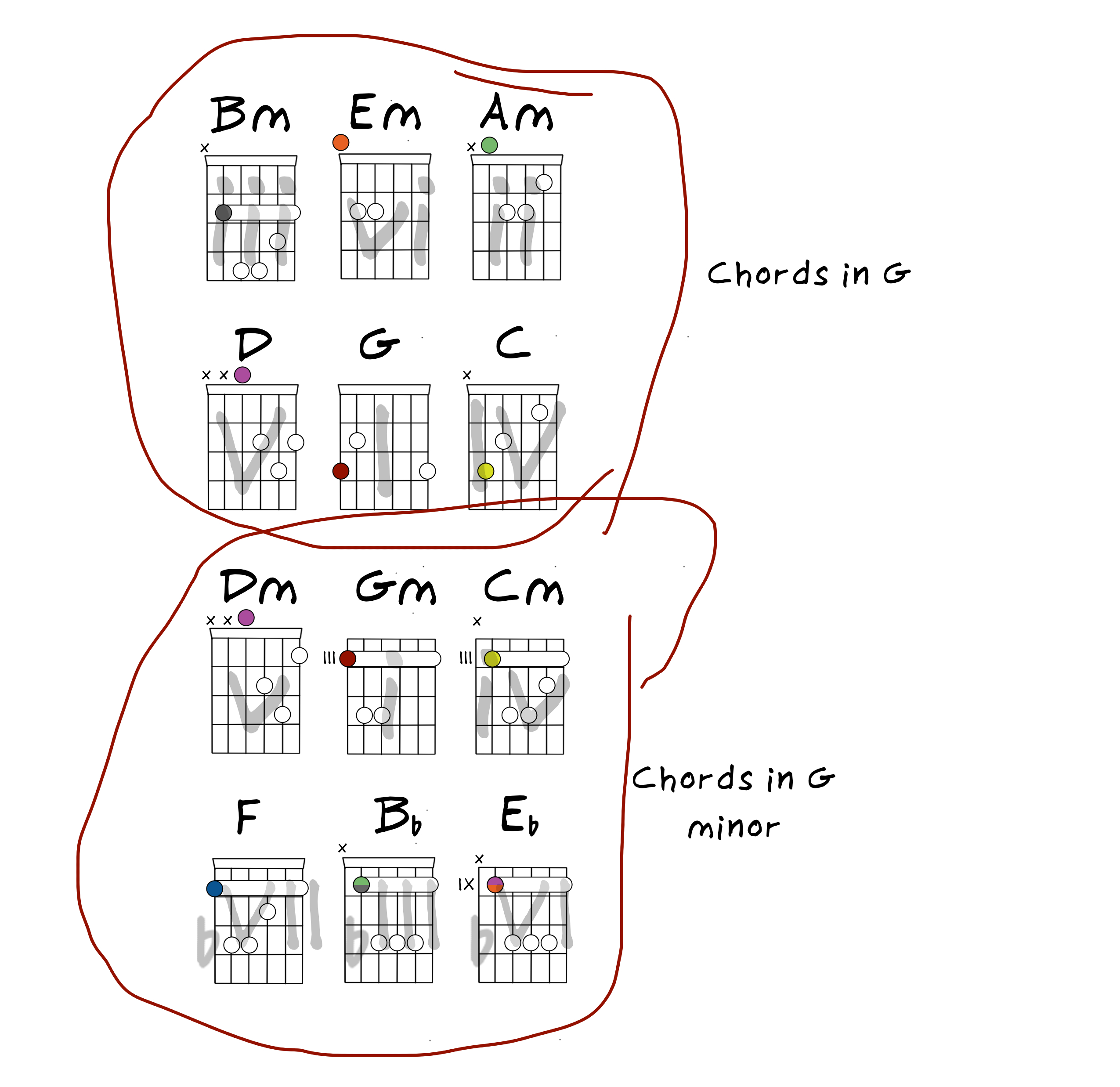 Chord Flow organizes chords so that chords that are close to each other sound good together. Lots of songs use three chords from a row and add one from above or below.  Something like this: 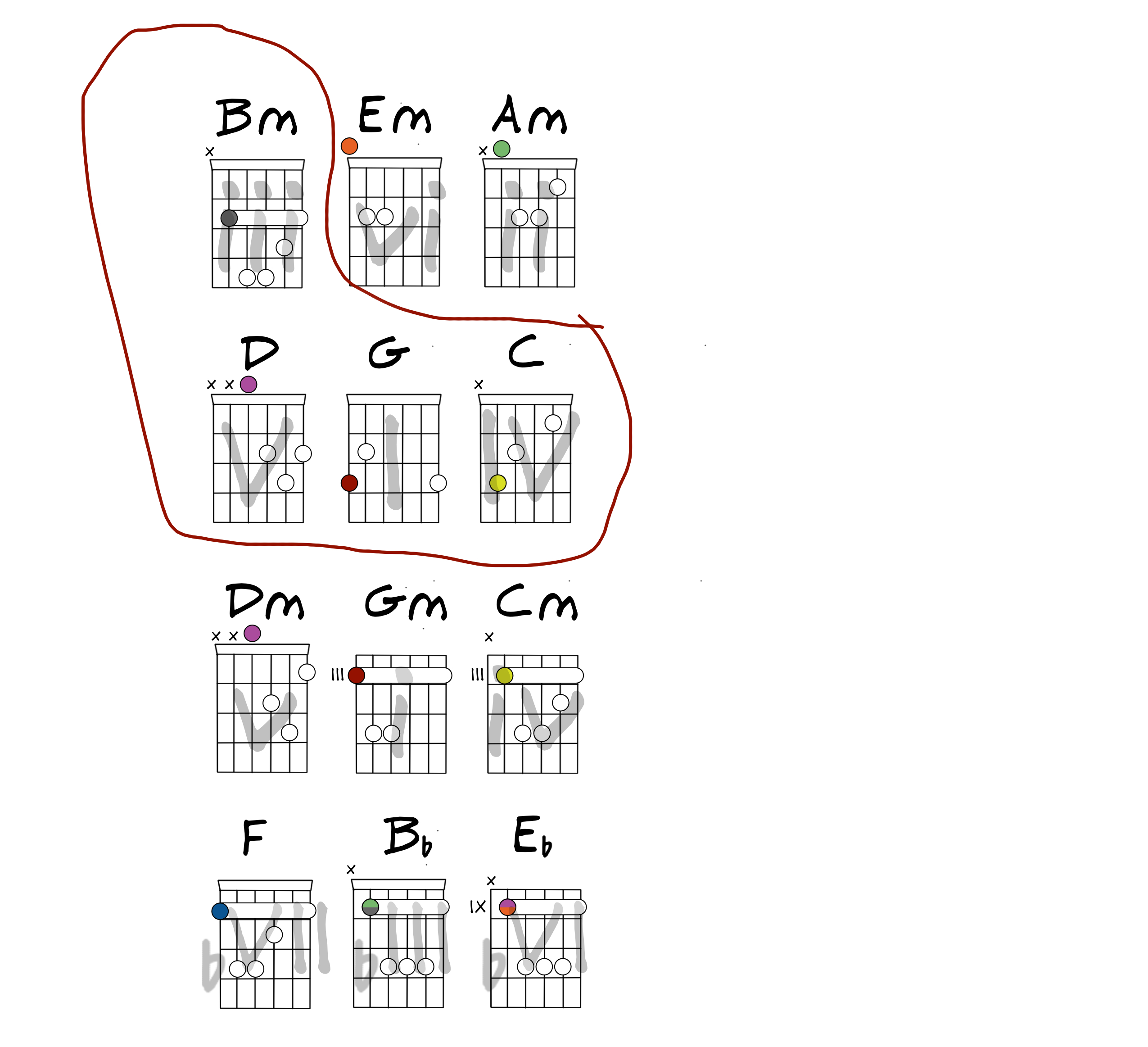 Tom Waits uses the chords circled above in Ol’ 55, for example. The progression mostly is a loop of G Bm C and D:

I did something similar but chose five chords instead of four, these ones: 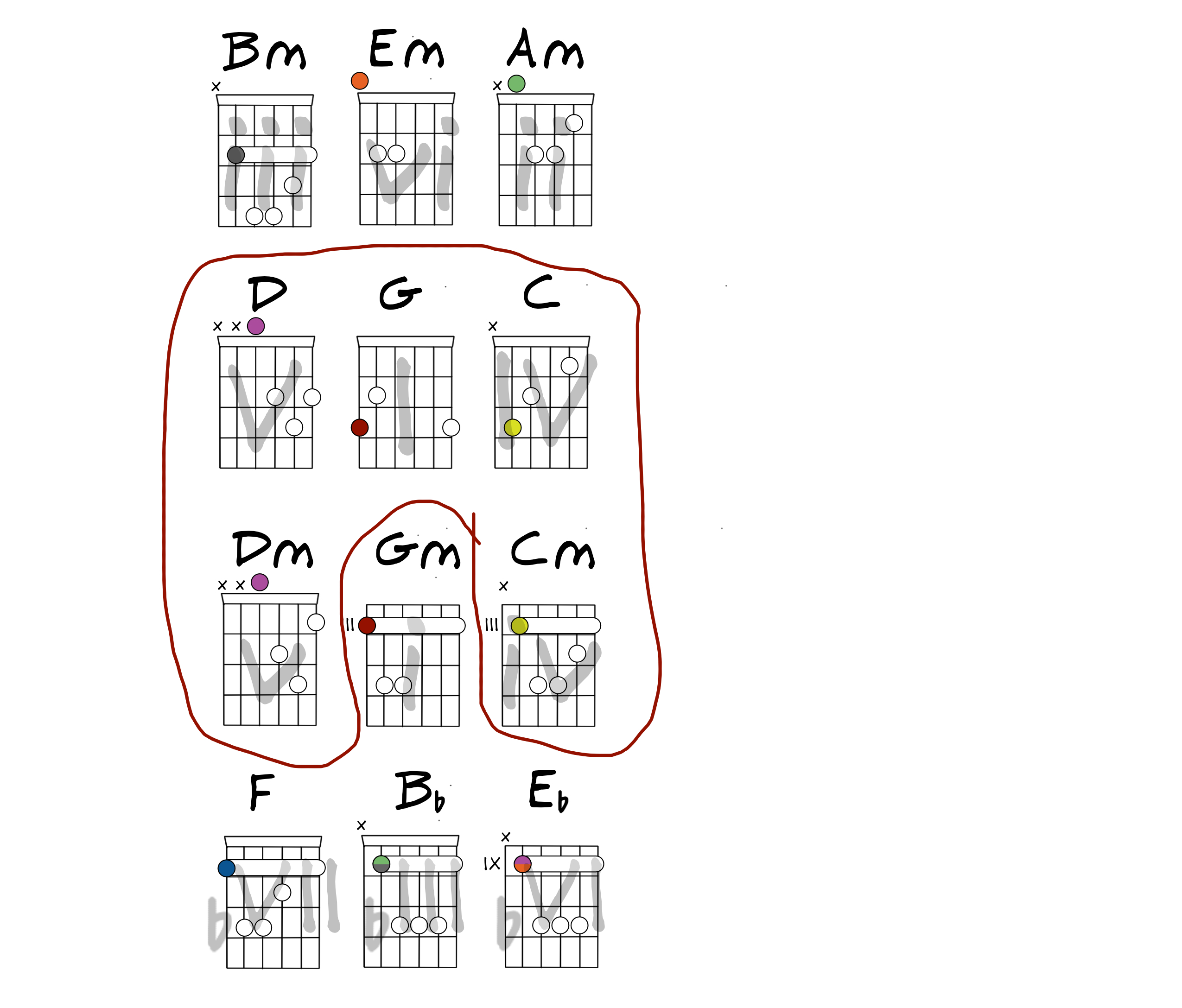 Looking at it, this doesn’t seem like the trickiest chord progression ever, but I had never considered using it before. That’s one of the cool things about laying the chords out this way.

I could nerd out about the rest of the song too. It’s neat to see how everything falls into place with Chord Flow, and also where it doesn’t.